There’s this rather pathetic Facebook page, now especially popular in South Africa along with its trendy hashtag, called #ImStaying…

The group is all about white people patting themselves on the back and sharing their little anecdotes about how racist they aren’t because they are so sweet as to condescend to the little people. Or something. Anyway, the page sucks donkey’s balls.

And now there’s this: 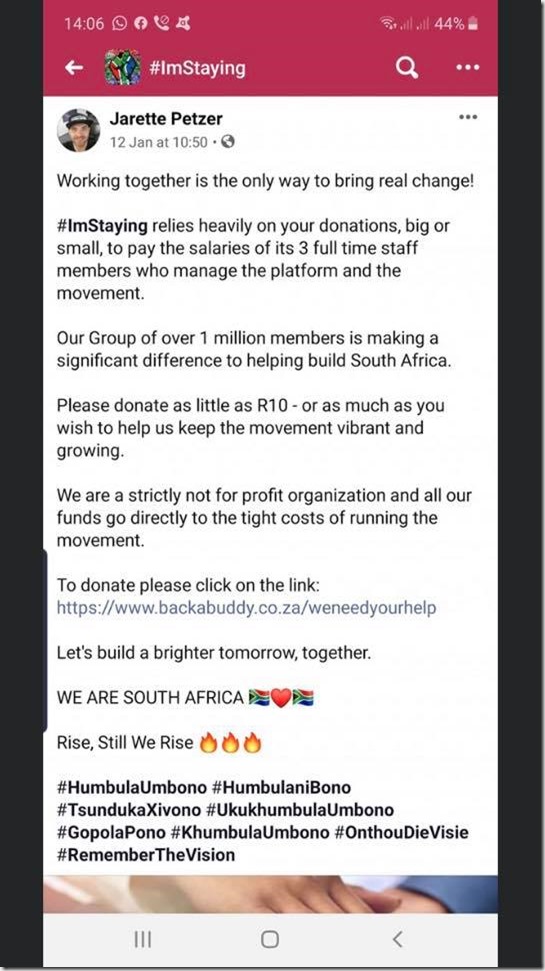 Because, you know… it takes ten million fucking Rand to run a Facebook page.

One thought on “#ImStaying #Scam”