He does this every day when I work from home… when it gets to around 4PM, even though supper is only at 5, he starts… Sitting there in the corner and calling me… I chase and when he realizes I’m not gong to feed him yet, he finds safety in his “house”… then if I ignore him for another minute, he jumps on the table and starts smacking stuff onto the floor.

I’m enjoying this new phone… not the greatest but the Samsung Galaxy A12 has a better camera than my old phone. I couldn’t get decent images of him in his “house” before as they would either come too dark or auto-use the flash and be too bright. A white cat right in front of the flash does not photograph well.

Buddy will be one year old on April 20th and he’s still getting bigger. He’s bigger than his mother and has now caught up to the five year old cat. 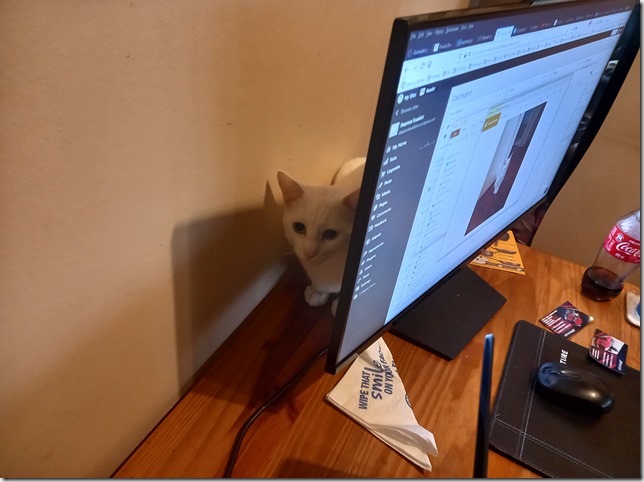 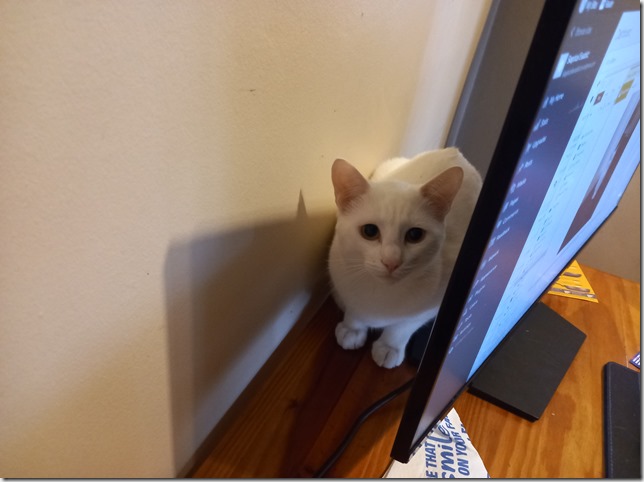